How Britain decarbonised faster than any other rich country

OVER THE summer of 2020, as coronavirus cases fell and life in Britain felt briefly normal, something very abnormal was happening to the country’s electricity supply. No coal was burned to generate any portion of it for a period of more than two months, something that had not happened since 1882. Britain’s four remaining coal-burning power plants are zombies, all but dead. Within a couple of years they will be closed and Britain will probably never burn coal for electricity again. 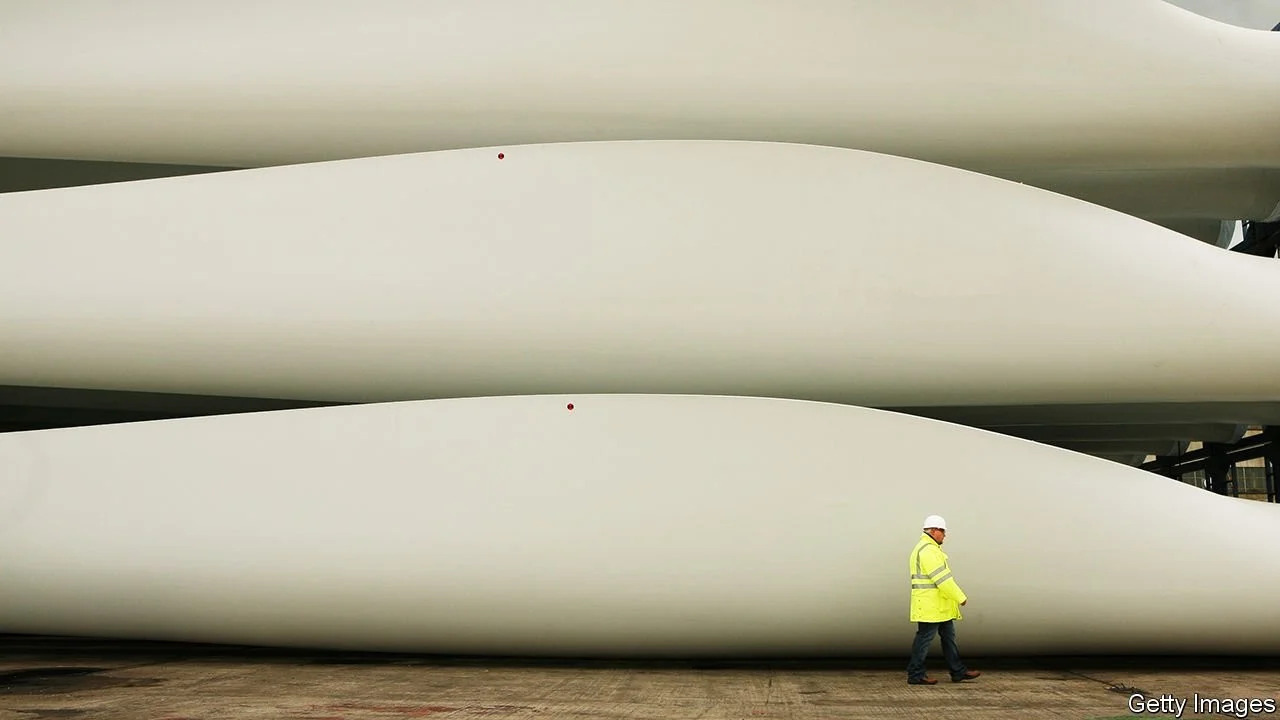 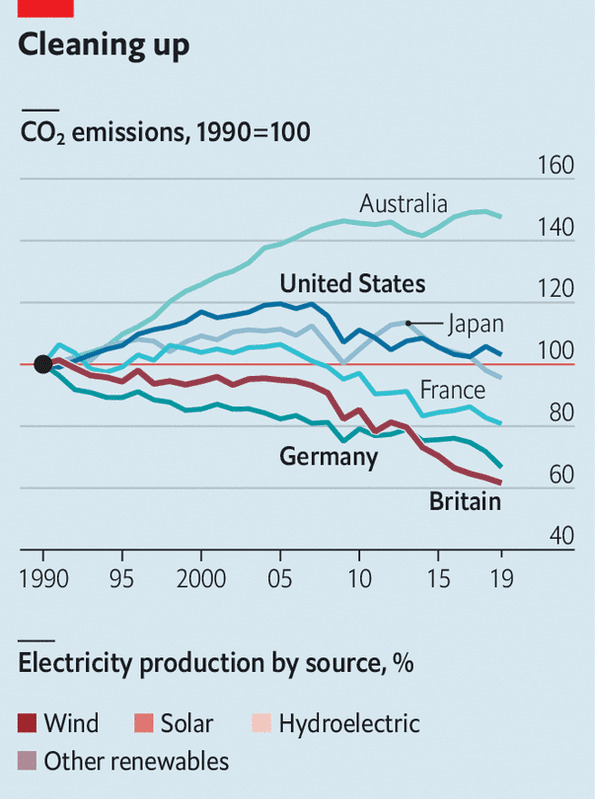 The elimination of power stations that burn coal has helped Britain cut its carbon emissions faster than any other rich country since 1990 (see charts). They are down by 44%, according to data collected by the Department for Business, Energy and Industrial Strategy (BEIS) during a period when the economy grew by two-thirds. Germany’s emissions, in contrast, are down by 29%; coal is still burned to generate some 24% of its electricity. Britain has made cuts to its emissions 1.8 times larger than the EU average since 1990. In America, emissions over the same period are up slightly.

Britain’s success has given it prominence in the global debate on climate change. This year it will co-host COP26 in Glasgow, the world’s largest and most important climate gathering. Boris Johnson, the prime minister, is attracted to the futuristic whizbangery of clean energy and is deploying “climate diplomacy” to help define post-Brexit Britain’s place in the world. In November he presented a “ten-point plan for a green industrial revolution” that included spending £12bn ($17bn) on clean-energy gubbins. But examining Britain’s decarbonisation shows that much of its success was circumstantial, and that the country’s hardest problems are ahead of it. After a decade of meeting its own legally binding decarbonisation targets, Britain is now veering off course. 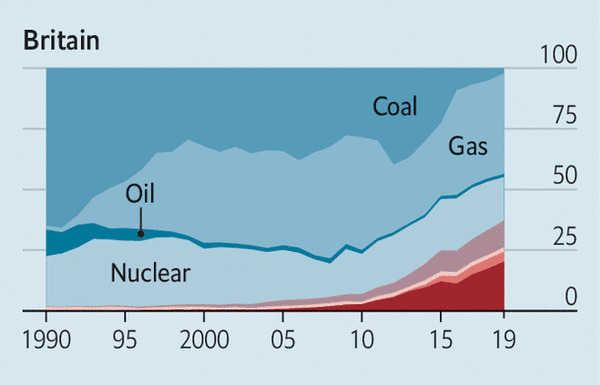 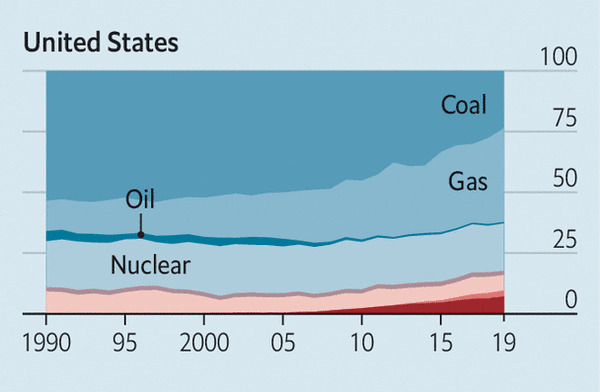 Unusually for a right-wing politician, Margaret Thatcher was an early believer in the dangers of global warming. But the impetus she gave to decarbonisation was a by-product of policies with other aims. In crushing the coalminers’ unions in the 1980s, she neutered a powerful industry dedicated to the emission of carbon. Privatising Britain’s energy markets and opening up the North Sea for oil and gas exploitation weakened the coal industry further. Emissions declined gently after Thatcher left office, long before climate change was on the national agenda, simply because a growing proportion of Britain’s electricity and heat was being generated by burning gas, which emits about half as much carbon dioxide as coal when burned.

But this century, decarbonisation has been the deliberate consequence of political choices. In passing the Climate Change Act in 2008, Britain became the first country in the world to commit to legally binding carbon-emission reduction. Labour was in power at the time, but there was a remarkable political consensus in its favour. Only three MPs voted against it. According to Phil MacDonald of Ember, a think-tank, David Cameron’s Conservative Party was casting around for policies that might detoxify its image, and settled on climate change. “Cameron bought into [the act] very early,” says Mr MacDonald. 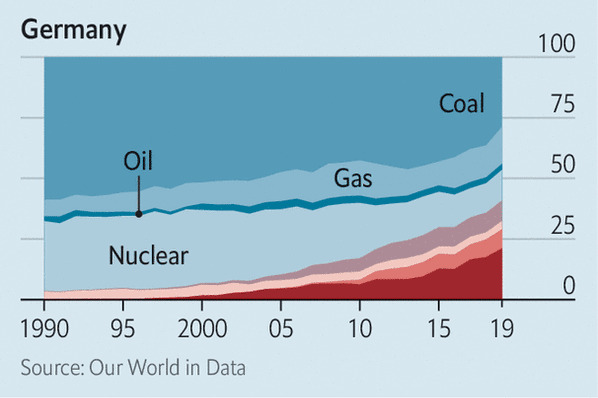 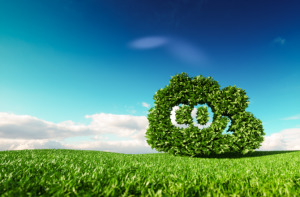 The weak, dirty coal industry was an obvious target for a country newly united against the emission of carbon. In 2013 a Conservative-Lib Dem coalition government introduced a power-sector carbon tax which hit coal twice as hard as gas, making it uncompetitive. Coal plants which had been running continuously started being used only when electricity was in high demand. In 2015 coal produced about a quarter of Britain’s electricity. Now it accounts for less than 2%.

As the cost of wind farms plummeted, gas started feeling the squeeze too. In its latest carbon budget, the Climate Change Committee (CCC), the independent body created by the Climate Change Act to steer Britain towards net zero, said that Britain should commit itself to phasing out gas power plants by 2035. This has changed the economics of new gas power stations. Drax, a power company which had been planning to build Europe’s largest gas power station in Yorkshire, is now reconsidering. “The risk for investors in those utilities is that they are only going to get a decade out of it,” says Mr MacDonald. 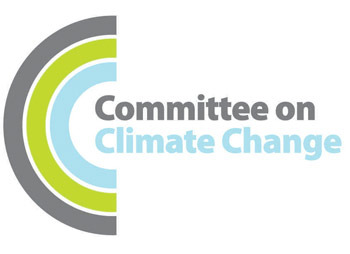 The grid is not yet even halfway to complete decarbonisation, but seems bound to get there as the price of electricity from renewable sources continues to fall. “The economics have just shifted so that wind is the default,” says Mr MacDonald. Solar power has grown too, but a cloudy, crowded island is ill-suited to the technology. In 2020 solar provided just 4% of electricity. Wind provided almost a quarter. Old nuclear power stations must be replaced with new ones, Hinkley Point C and Sizewell C, or Britain’s plans for a decarbonised grid will be in disarray.

Zero-carbon electricity is an end in itself, but also a necessary first step to decarbonising other parts of the economy, such as heating and transport. Heat pumps must replace gas boilers; electric motors must replace internal combustion engines. But Britain’s success in decarbonising its grid has not yet translated into progress in these areas. Where emissions related to electricity generation plunged by 66% between 1990 and 2019, the equivalent reduction for transport, which is now the largest source of emissions in Britain, was just 5%. Buildings generate the second-largest block of emissions, largely thanks to the burning of gas to heat water in radiators. It is harder to decarbonise heat and transport than electricity. The only change consumers notice when dirty power sources are replaced with renewable ones is a slow price rise. But to clean up heat and transport, either policy or market mechanisms must reach right into people’s homes and driveways. Incentivising them to rip out their combi boilers and switch to electric cars will be expensive at best, impossible at worst.

Heat is a particularly tricky issue in Britain, for its houses are higgledy-piggledy and badly insulated, and its people fond of them. Keeping them warm is easier with gas, which has a high energy density, than with electricity, which tends to generate lower temperatures. Heat pumps and bigger radiators or underfloor heating are needed. That will cost tens of thousands of pounds per home. Similarly, installing charging points for electric cars in old, winding city streets will be tricky. Mr Johnson’s commitment, as part of his ten-point plan, to end sales of petrol and diesel cars in Britain by 2030 will help a lot. And although gas helped decarbonise Britain's grid, it is a hindrance when it comes to heating and transport. That is because Britain has one of the world’s most robust and extensive infrastructures for moving gas around; 85% of its 29m homes are heated with gas boilers. In Germany 47% are. Decades of investment in the gas grid mean that Britain’s electricity grid is not as robust as it needs to be in order to carry the extra power required to replace gas in the heating of Britain’s homes. If it is to charge all the cars and run all the heat pumps, the grid will need to be upgraded at a cost of tens of billions of pounds.

The political consensus is fraying, too. In 2015 the Tory government scrapped a plan to make all new homes carbon-neutral, meaning that most houses built since then have gas boilers and low-quality insulation, so will need retrofitting. Fuel duty, which would incentivise car electrification, has been frozen since 2010. Rishi Sunak, the chancellor, plans to raise it in his forthcoming budget, but faces opposition from his party. And in early February, 24 hours after the right-wing Daily Mail called a proposed carbon tax that would have raised the price of consumer goods a “tax raid on your lifestyle!”, the government dropped it like a hot potato. The challenges of heat and transport are already showing up on Britain’s carbon budget. The country is no longer on track to meet its own legally mandated targets for reducing emissions. In 2017 BEIS projected that Britain was set to miss its 2030 target by 8%. A year later that gap rose to 10%. The problems posed by transport and heating are largely responsible.

Mr Johnson’s ten-point plan therefore reads more as an ode to successes past than as a sensible recipe for the future. But Britain’s moment on the world stage of climate policy approaches, so its recent performance and future plans will be in the spotlight. The prime minister cannot rest on his predecessors’ laurels. ■